Bluepencil Designs were invited, along with two other architectural practices, to prepare a masterplan proposal for presentation to the Strategic Land team at Crest Nicholson.Bluepencil Designs collaborated with Design7, Studio Y and David Jarvis Associates  to prepare this proposal with a view to sharing the project should it be successful.

The design rationale was to create urban blocks where every home has a view of a green space or a tree lined road. The layout was designed to create a series of linked landscape and townscape features as one moved through the site. These features were based on local village greens and squares that were studied as part of the team’s research and analysis work.

The Constraints and Opportunities plan helped to shape the masterplan and the two most significant mature trees were retained and used as focal points within the layout.

The work included detailed landscape and planting proposals using mostly native species, and wherever possible, existing trees were retained to add value to the streetscape. SUDs systems were investigated and included in the design.

The intended market for this site was for higher than average value homes. Our proposal include options for either traditional or contemporary house designs.

Following this project, Bluepencil Designs were comissioned to work on several other projects for Crest Nicholson. 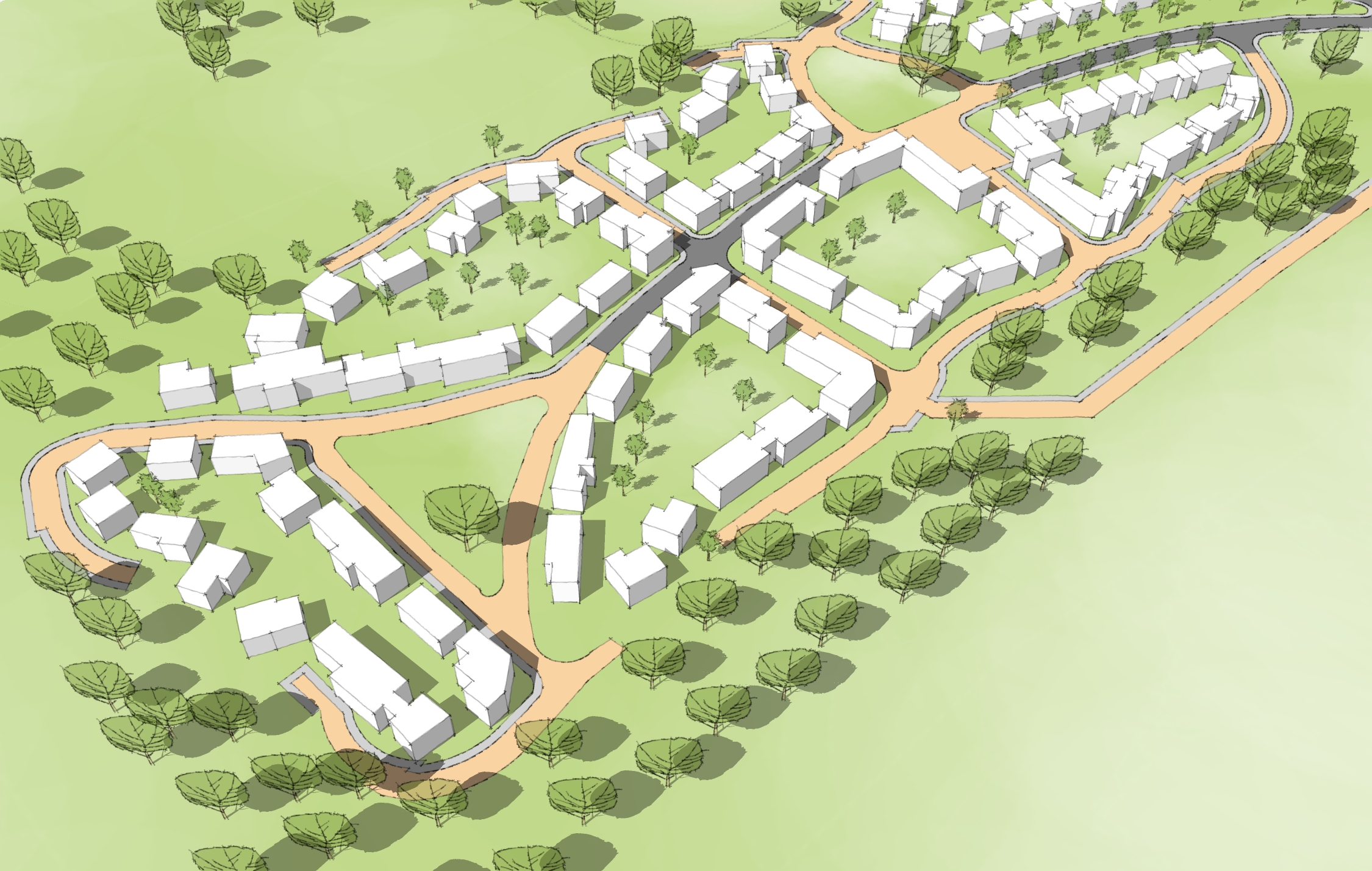 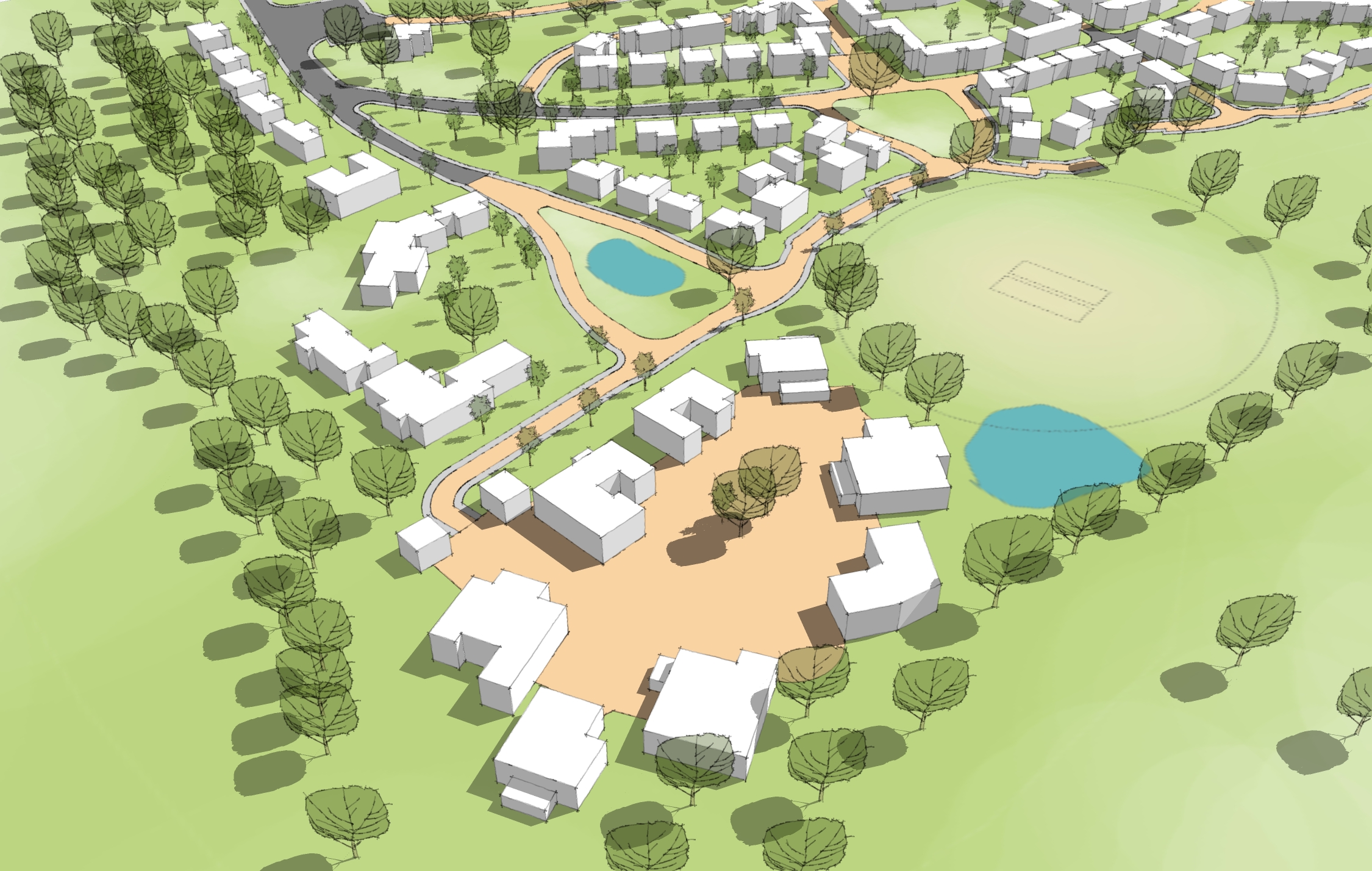 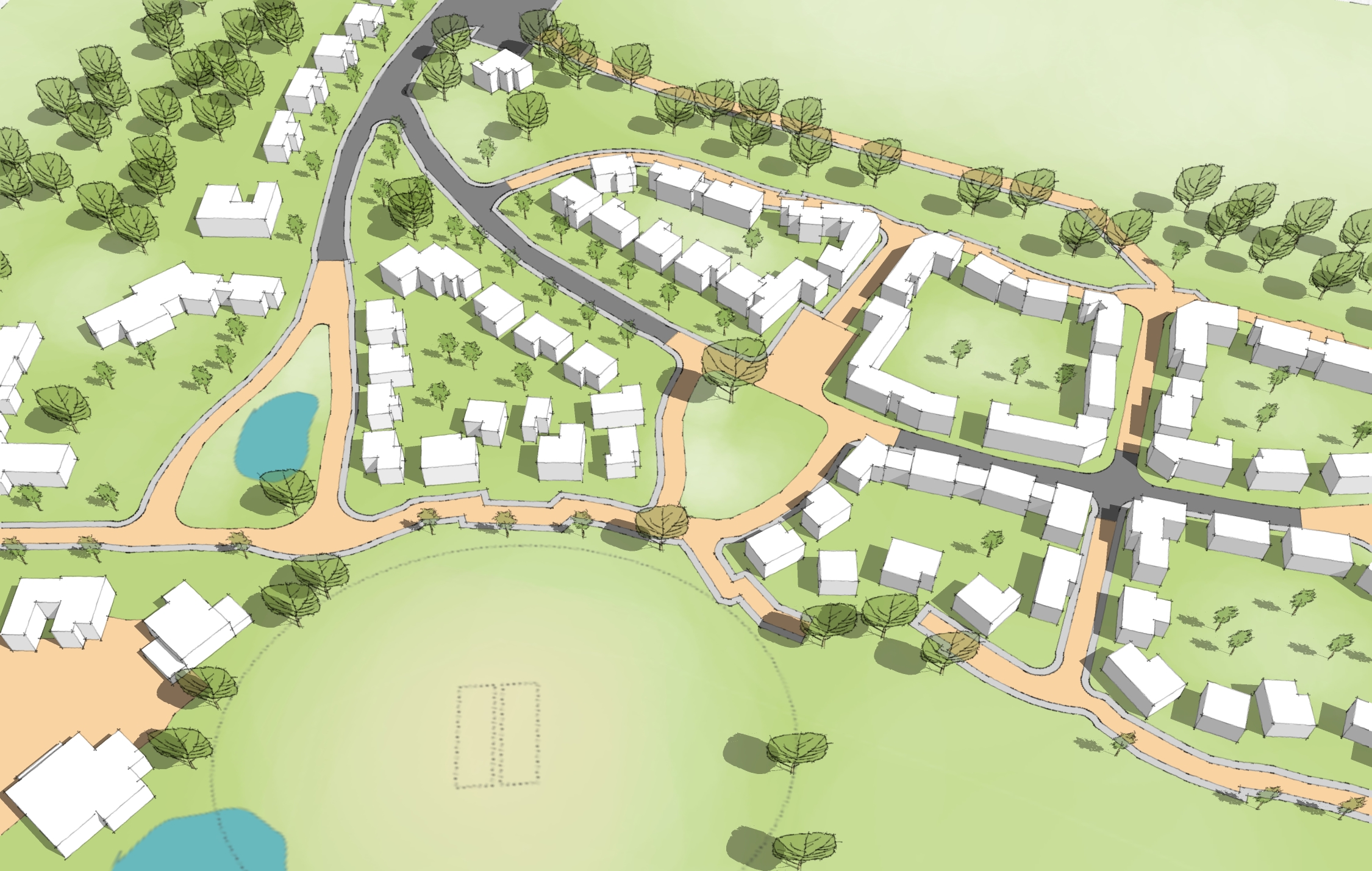 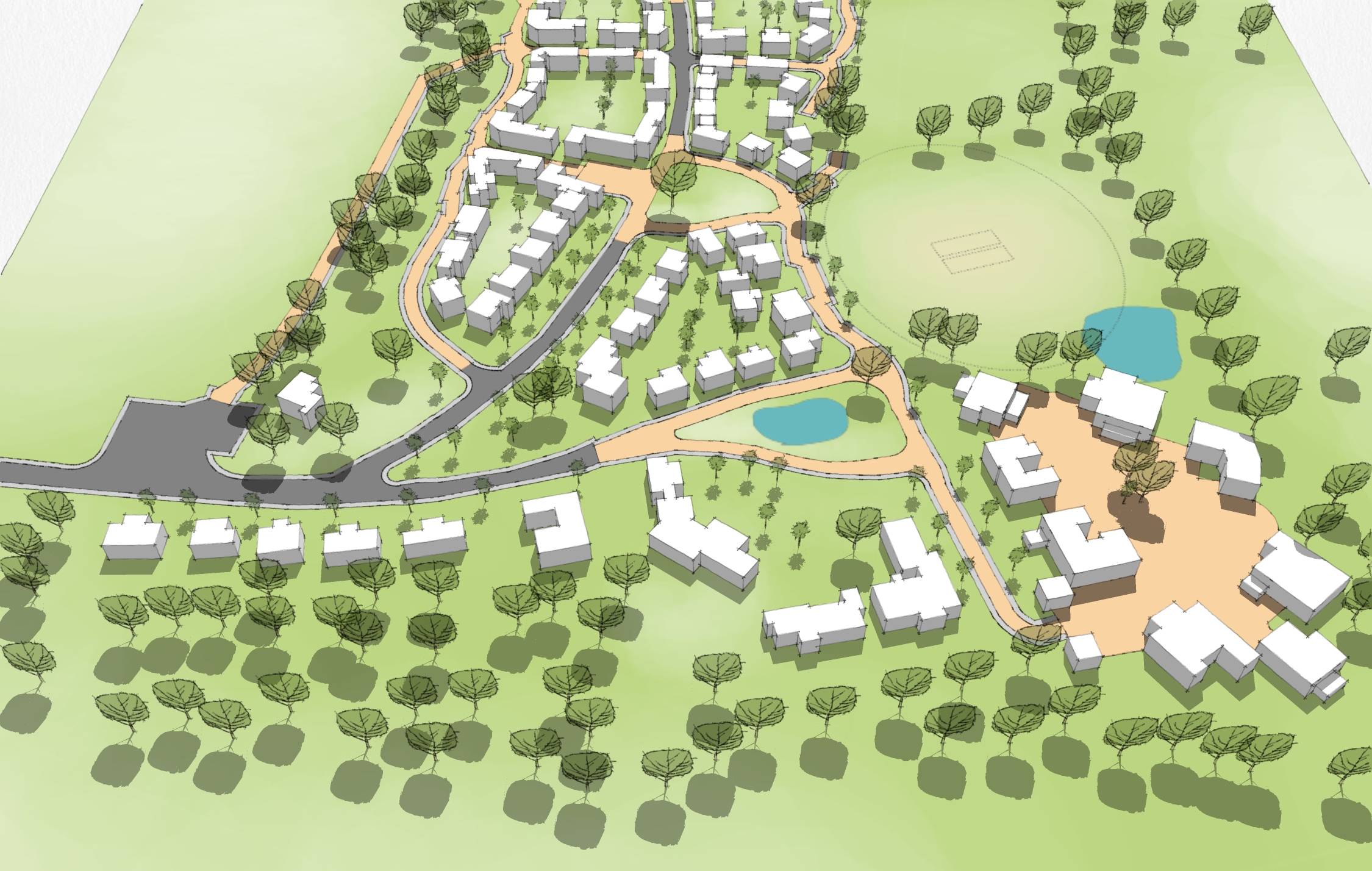 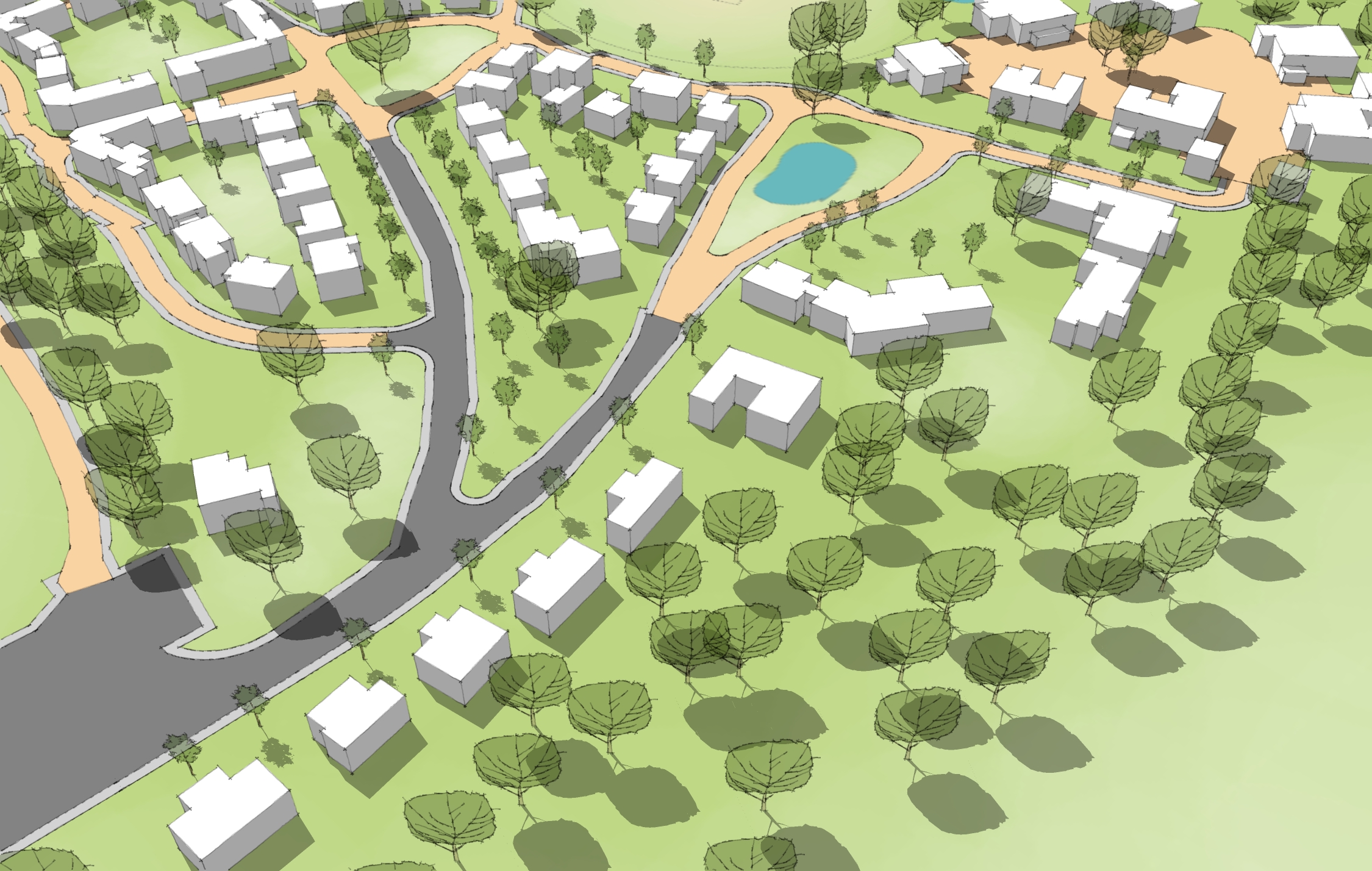 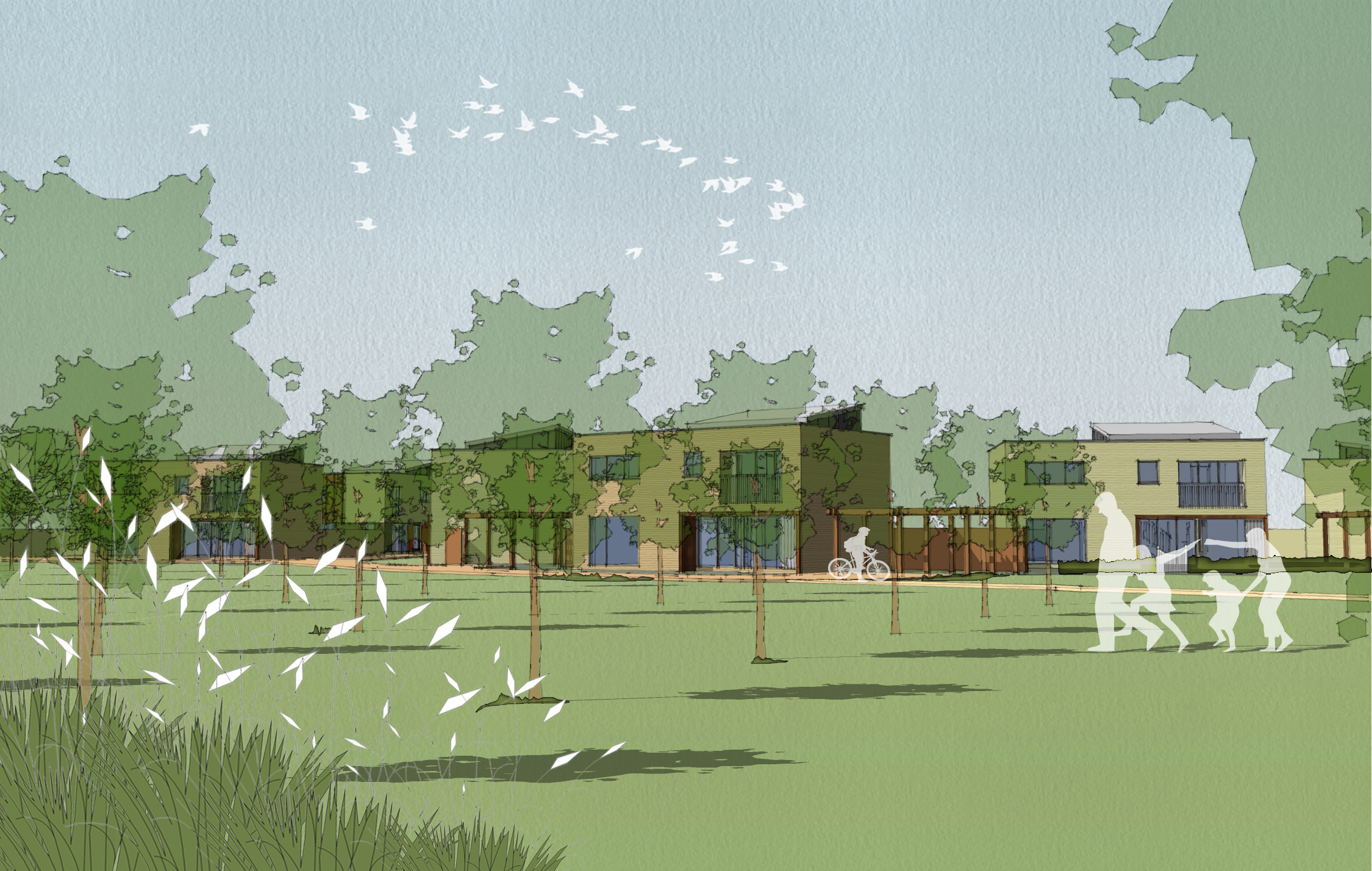 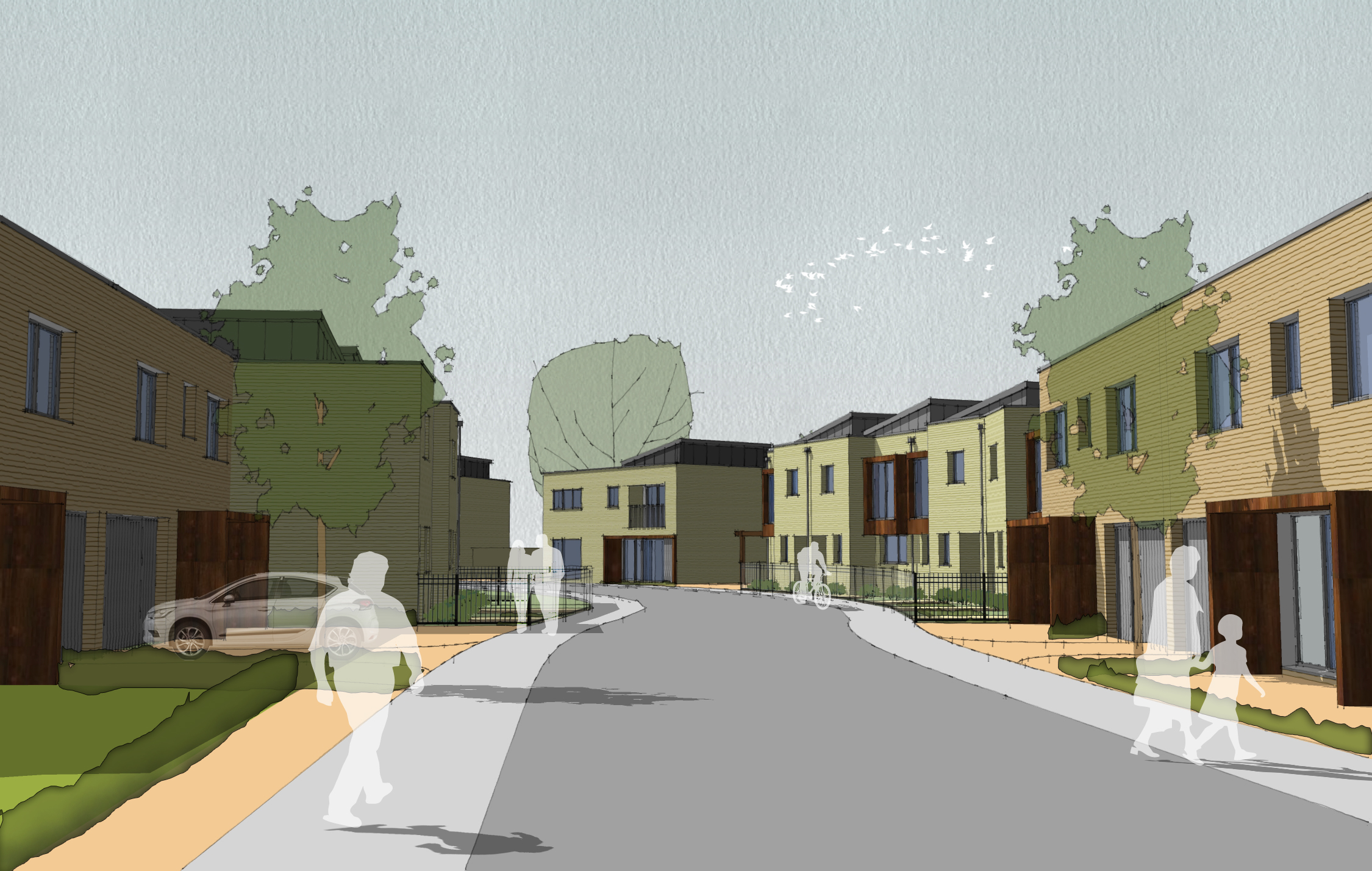